1. Project Runway: Johnny learned the hard way that lying when a) cameras are rolling and b) a bunch of people are witnessing the lie tends to not work out. Irina won -- I liked her coat on principle although I wish she painted it. 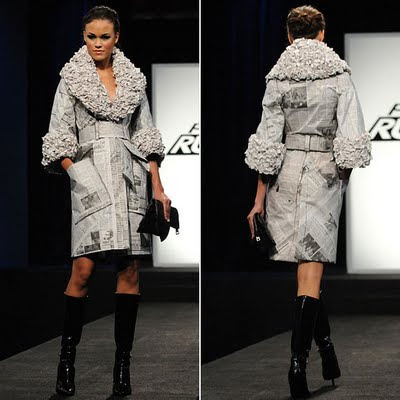 Gordana should've been in top three, not the bottom three, as her garment was pretty and really well made, and didn't look like paper. 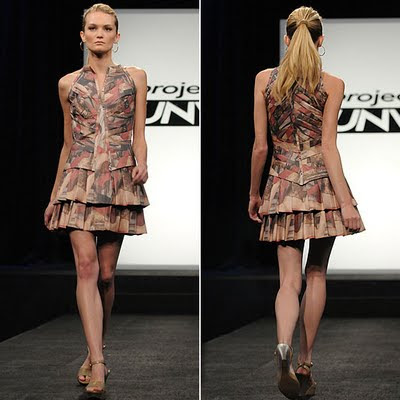 I also like Logan's bamboo dress, but not as much as Ra'mon's patterened separates, with a really interesting color combo: 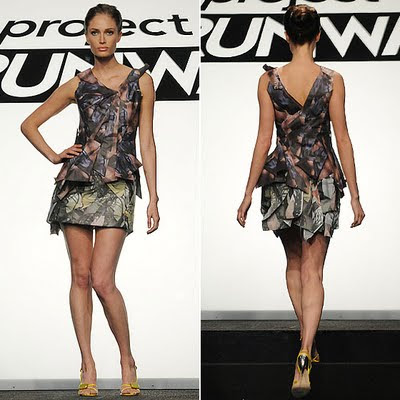 I didn't like Johnny's and Nicolas's (Nicolas should be next to go), and Epperson's looked ok close up, but walking down the runway it looked like a poncho/cape thing a kid would make by folding a newspaper in half. 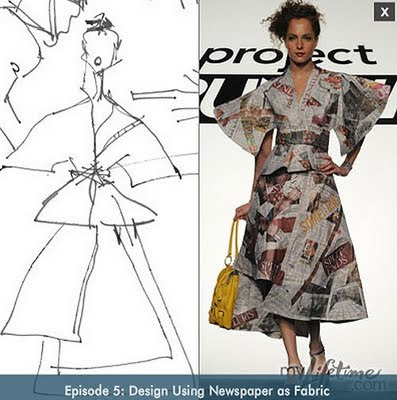 Shirin's thing could've been ok with application of some color (also, she is chatty. The rest of the designers: get over it. I felt awful for Shirin when everything she said was met with stony silence, and it in turn made her to talk more -- totally a nervous thing, looks like.) The rest were not memorable enough to comment upon.

2. I have a new favorite designer -- Marcus Constable. Just look at his latest collection, inspired by Aubrey Beardsley (according to Fashionista). I love Beardsley -- in fact, have loved him since I was sixteen, and learned to draw by copying (not tracing) his drawings by hand. Anyway, here's the Constable show: