The best art of all

This morning, I received the best kind of email a writer can get -- that my book inspired someone to make art based on it. It's such an amazing thrill, and it makes my books feel more real somehow; the book is nothing unless it's a part of a discourse, be it between writers, readers, or artists.

The artist is Sam de Jesus, and his website is here. And this is his version of Mattie and the gargoyles. I love it. 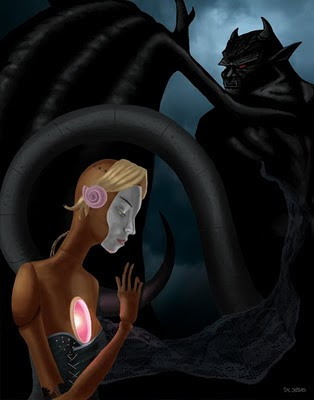 Posted by Fish Monkey at 1:52 PM No comments:

This is a tangent to Nick's post here, where he rhetorically asks: when people accuse him of being pretentious (based on his funny and scathing review of Hot Tub Time Machine, which anyone who's seen a trailer knows is crappy), what is he pretending to be?

I have been long fascinated by vitriol with which this word, 'pretentious', is thrown around -- seemingly at anyone who tends to either engage with works of entertainment and/or art on some critical level, or, conversely, produce such works that require engagement. I mean, there are people whose default state in regard to entertainment/media/art is passive consumption, and any critical (that is, reciprocal) engagement is too much work and requires extra effort rather than being one's natural state.

And I wonder if the school is to blame -- that is, if people internalized the requirement to analyze or evaluate any work of art as school work, and get indignant when one dares to perform acts of school in public (and voluntarily). Or when such acts are demanded by any given work -- it seems that most movies/books frequently deemed 'pretentious' are the sorts that require the viewer/reader to pay attention and perhaps provide some of the context (if not content). I heard readers complain about books that require them to look up words/events/references because it 'jolts you out of the story'. Which I don't understand -- I look up a lot of things when I read. You come across something unfamiliar, you put down the book, you look stuff up and go back to reading. Not like it's a major undertaking.

So I now wonder if the school with its constant demand for analyzing themes and frames of reference inadvertently instills the idea that entertainment one does voluntarily should be free of critical engagement and, most importantly, effort, and people who have that critical ability constantly engaged are just pretending -- pretending to like schoolwork, pretending to be smart. Is this the source of anger and demands to stop this nerd business?
Posted by Fish Monkey at 10:59 PM No comments:

I just found out that my awesome agent sold audio rights to The Secret History of Moscow, Alchemy of Stone, and House of Discarded Dreams to audible.com. Now you can read them without having to turn pages and move your eyes!
Posted by Fish Monkey at 6:34 PM No comments:

It has horror stories that deal with faith, including my "You Dream". Not to mention, a bunch of other awesome writers -- I especially loved Nick Mamatas' story. If you use this link, I get more money per sale, so use this link.
Posted by Fish Monkey at 1:14 PM No comments:

So those caterpillars I mentioned a while back? Are now butterflies. They like their flowers and sugar water. Also: adorable! Some pictures show the empty chrysalises; the red stuff is meconium -- a byproduct of metamorphosis. 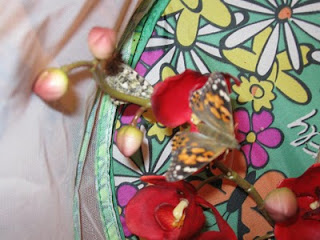 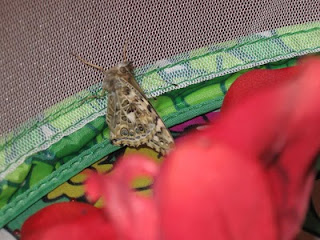 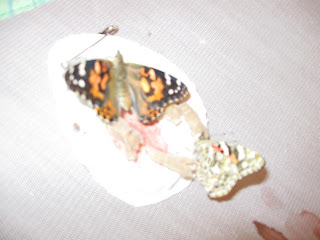