Notes from the Road and Heart of Iron news 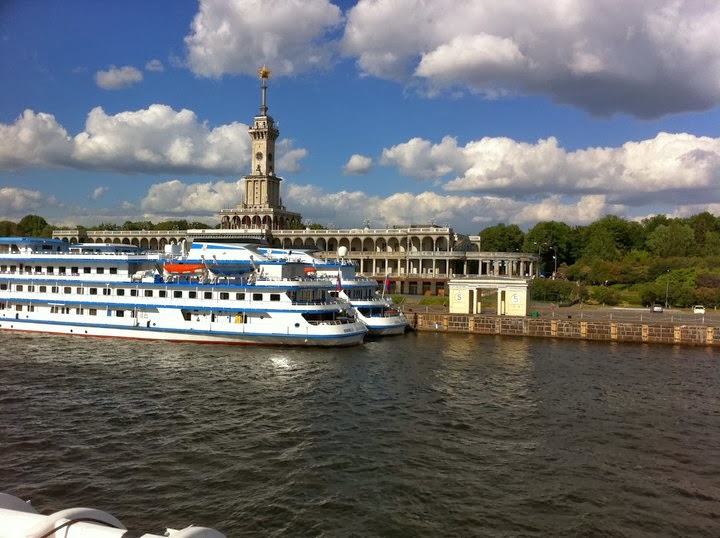 Well, not the road -- I'm comfortably installed in my parents' apartment in Moscow. We've returned from a river boat trip to Uglich -- a town north of Moscow, a part of so-called Golden Ring. Uglich is tiny, and is primarily famous as the site of Tsarevich Dmitry's murder in 17th century (he was second in line for succession). But there're a few churches and other historical sites: 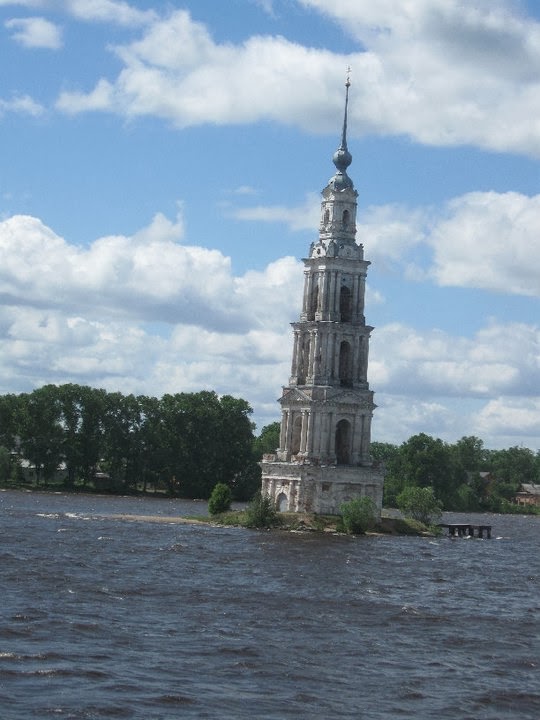 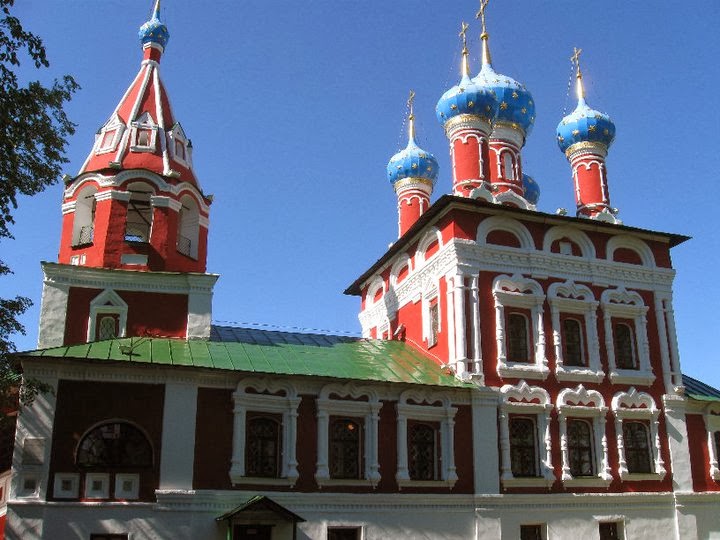 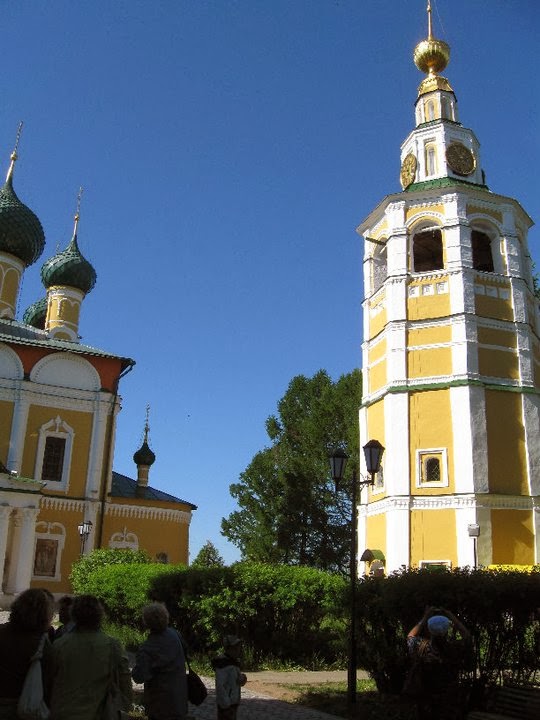 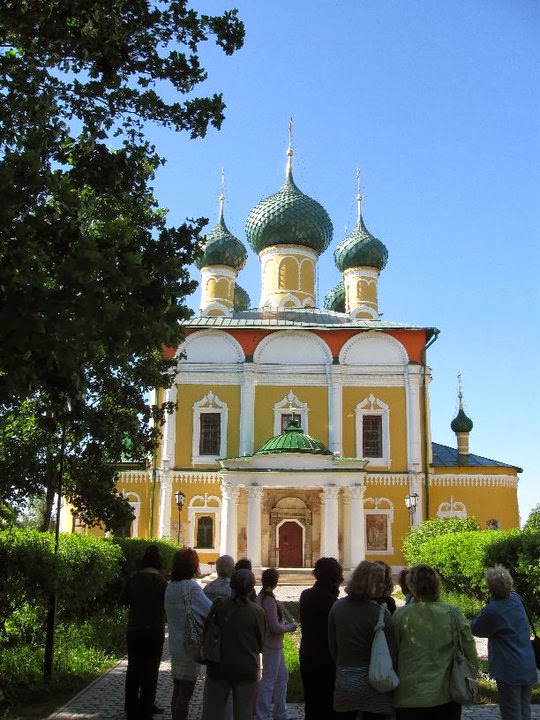 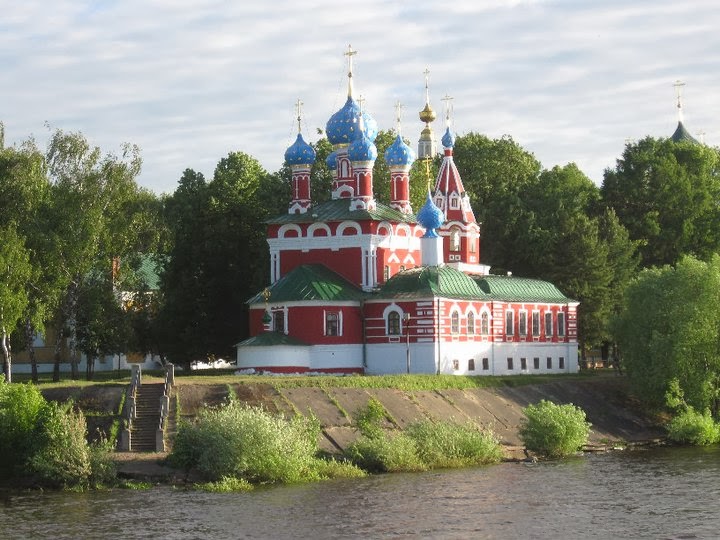 (Images above: Uglich, taken June 4 2011, by me. More photos from this trip are posted on my Facebook, here.)

The trip takes three days by the very comfy river boat, with pleny of sight seeing, reflection and sunbathing along the way. It was really a great chance to catch up with my sister and my parents.

So now we're back in the city, where thankfully there is plenty to do: parks, walks, and opera.

I do however check my email, and so I just learned that Heart of Iron received a starred review from Publishers Weekly, which I'm deliriously happy about. Here's the review (as well as the final cover, yay! If you look closely, you'll see the amazing blurb by Jesse Bullington, whose The Enterprise of Death everyone should read: 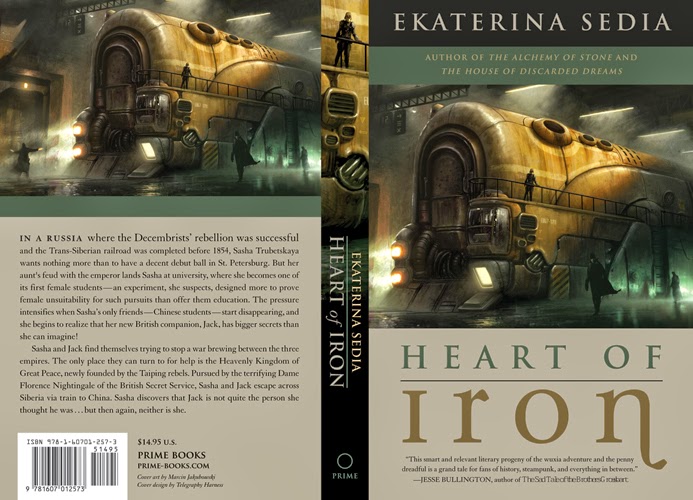 Sedia (The Alchemy of Stone) superbly blends novel of manners, alternate history, and le Carré–style espionage with a dash of superheroes and steampunk. In a Russia in which the Decembrist revolution succeeded and Constantine never abdicated, 18-year-old Sasha is unexpectedly enrolled at university thanks to a challenge her aunt Eugenia issues to Constantine. Her initial concerns about sexism fade to the background once she realizes that Chinese students are vanishing. After a visiting British student named Jack, who has strange powers, helps Sasha prevent a kidnapping, she learns of a plot that could lead Russia into war with China, England, or both. Sedia assembles a nice list of supporting characters--the forceful Eugenia, the Russian soldiers and Chinese fur traders Sasha befriends, sinister spymaster Florence Nightingale--and Sasha's often frustrated but always practical narrative voice smoothly carries the novel to its satisfying conclusion. (Aug.)
Posted by Fish Monkey at 8:34 AM No comments: