It was pretty great! Highlights included a shared reading with Genevieve Valentine, meeting a co-editor of The Steampunk Bible SJ Chambers and some of the contributors -- Margaret Killjoy and Jake von Slatt, as well as reconnecting again with Ay-leen the Peacemaker of Beyond Victoriana and Jaymee Goh. Steampunk Bible panel went well, and was well attended. After our reading, I was happy to meet AC Wise, one of the Bewere the Night contributors. Was also very glad to see Tempest Bradford, who is so cool that I feel cooler just by being in her proximity.

We spent some of time helping Stephen Segal and his dad sell books in the same room where the readings were held, which was super convenient! Less convenient was the fact that the room was also designated as a gaming room, and reading to an attentive audience in front of you while trying to ignore gaming going on just behind them was... surreal. We also avoided hotel food by taking brisk hikes along grassy (and pebbly) medians of New Jersey (sidewalks are so overrated) to a Ruby Tuesday just 0.6 miles from the hotel. The dinner hike was taken in the dark, with brave brave SJ and Genevieve (who is a New Yorker, so she can walk anywhere and in anything), and it was surreal and exciting and we felt like hobbits on a quest (for food, which is the right kind of a hobbit quest.)

We also briefly participated in Pro-Union Labor Flash Mob! People in Victorian garb chanting "What's disgusting?" - "Union busting!" was pretty awesome. It really needs to happen a lot more. And the roundtable discussion about envisioning a better steam society was stimulating, and brought up a lot of good points (except the British guilt, which, very much like white guilt, is not the issue here.)

And here's some picspam! I rarely post photos of myself, but here I attempt some steampunk attire, all using my regular wardrobe.

Me, while selling books. Bottles behind me are fake. Tempest took the picture with her fancy tablet. 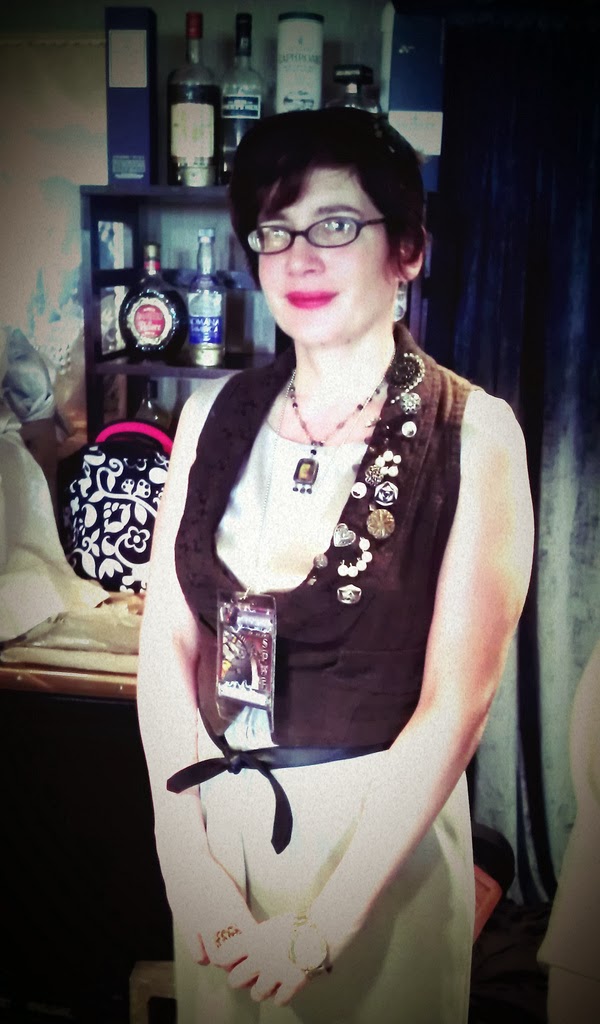 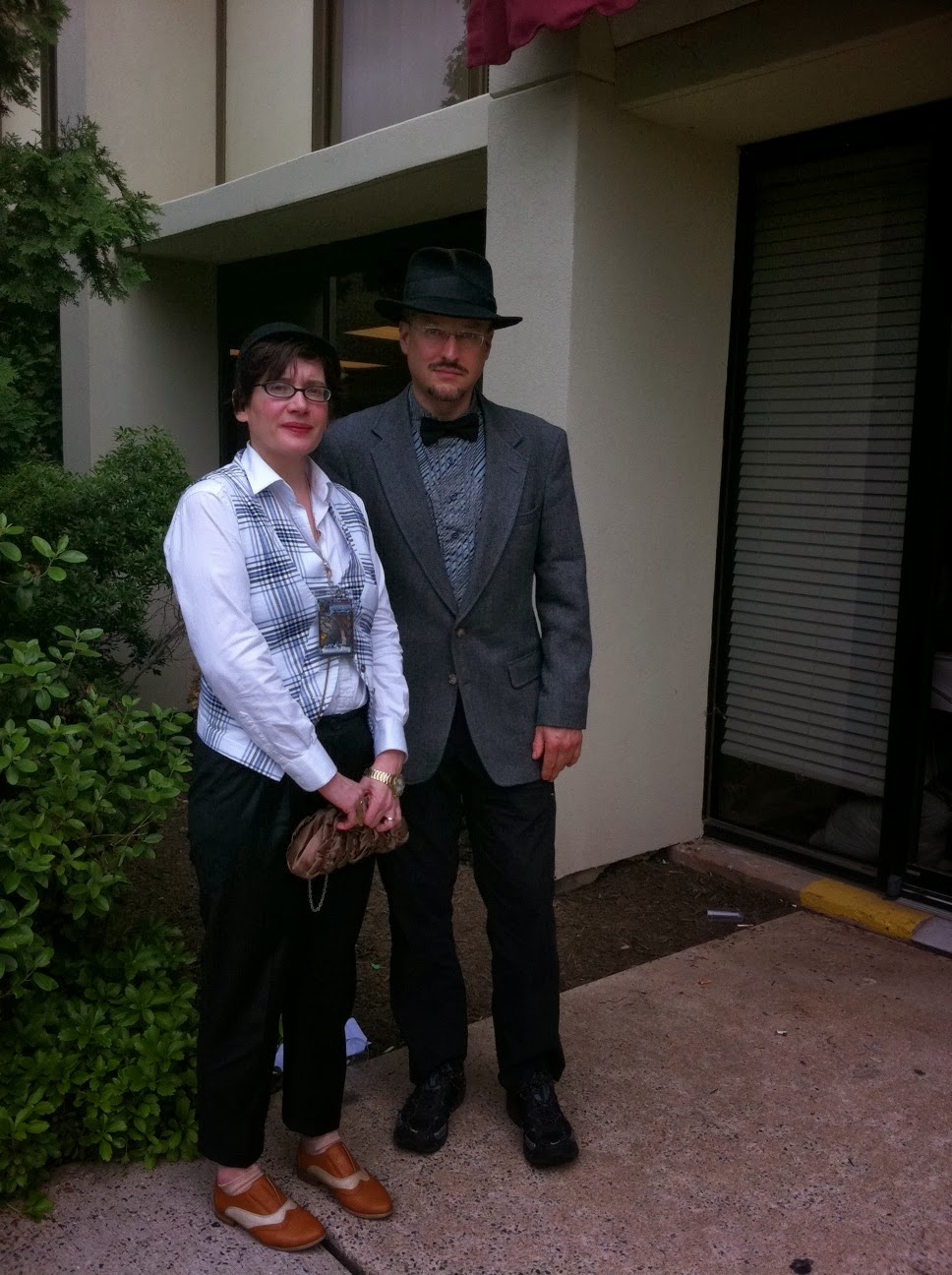 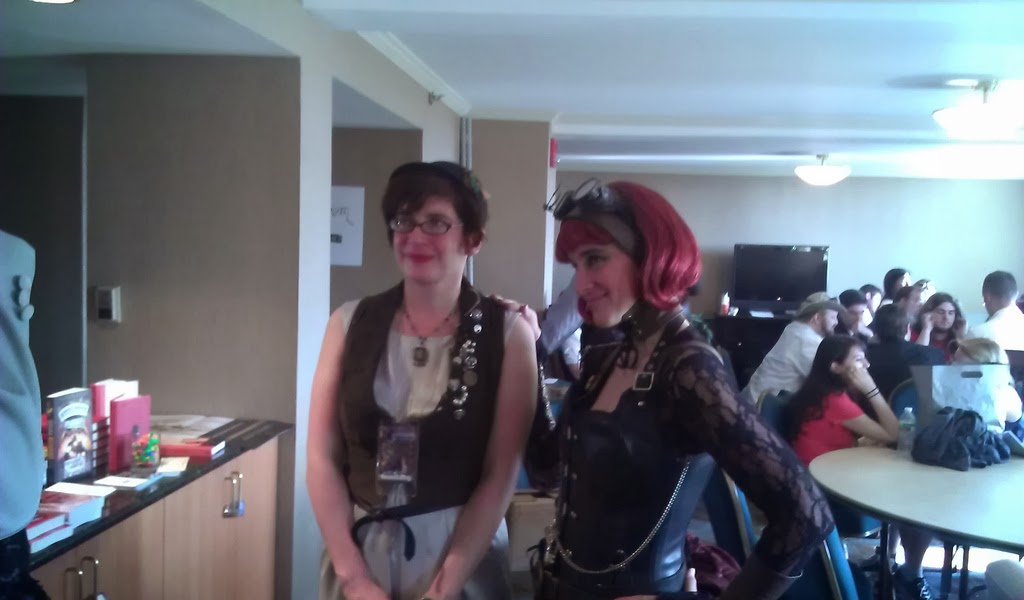 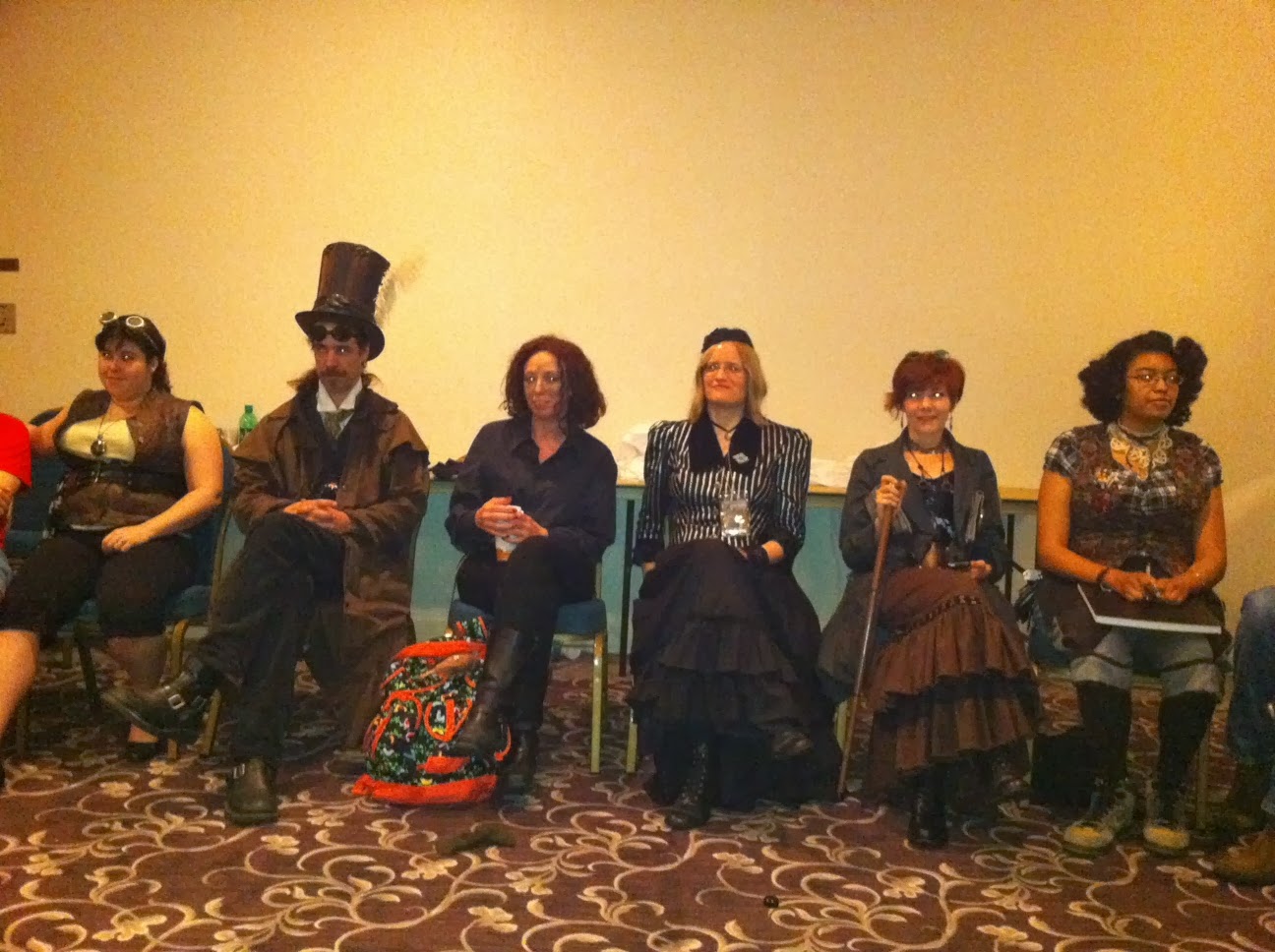 After The Steampunk Bible panel: 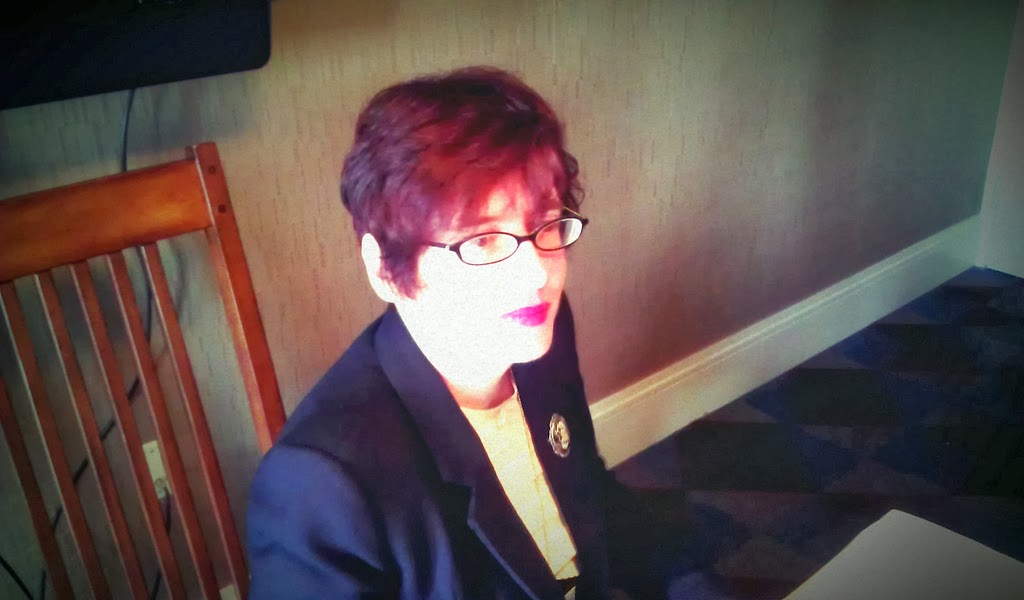 With Stephen Segal, also by Tempest. Twice, since we refused to smile simultaneously: 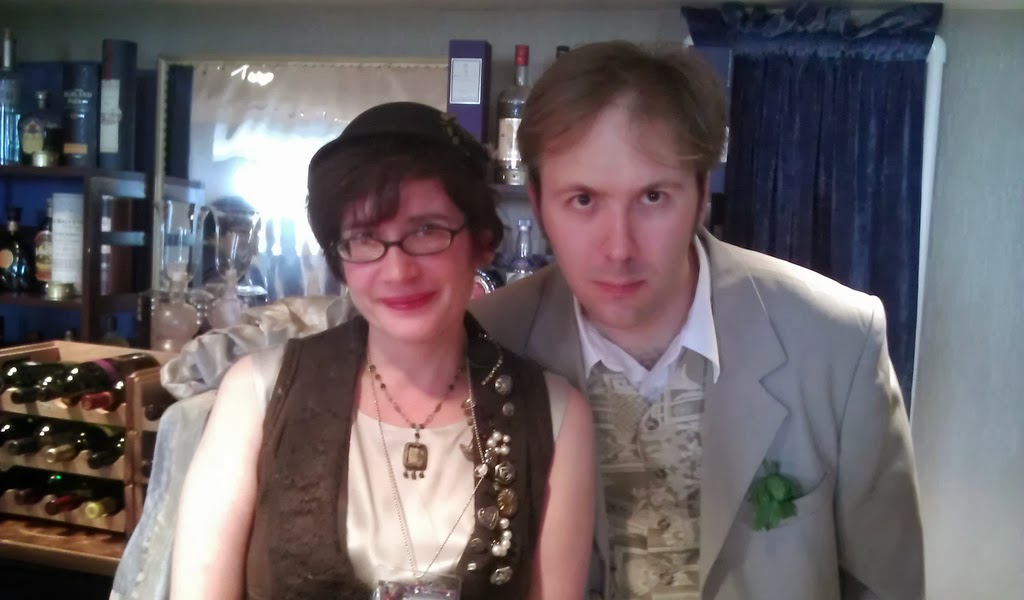 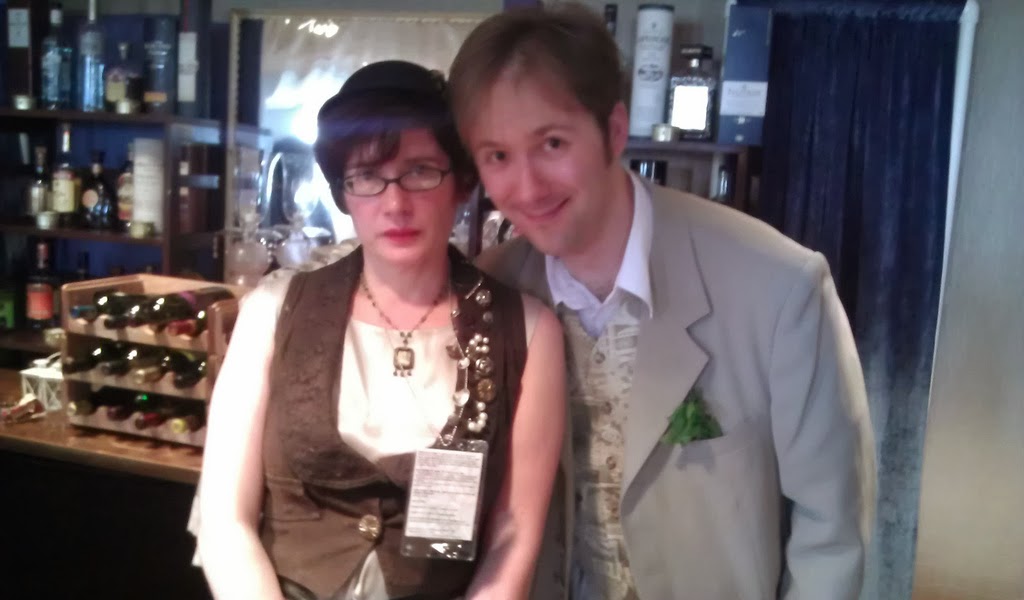 And finally, Ay-leen in her gorgeous gorgeous dress. 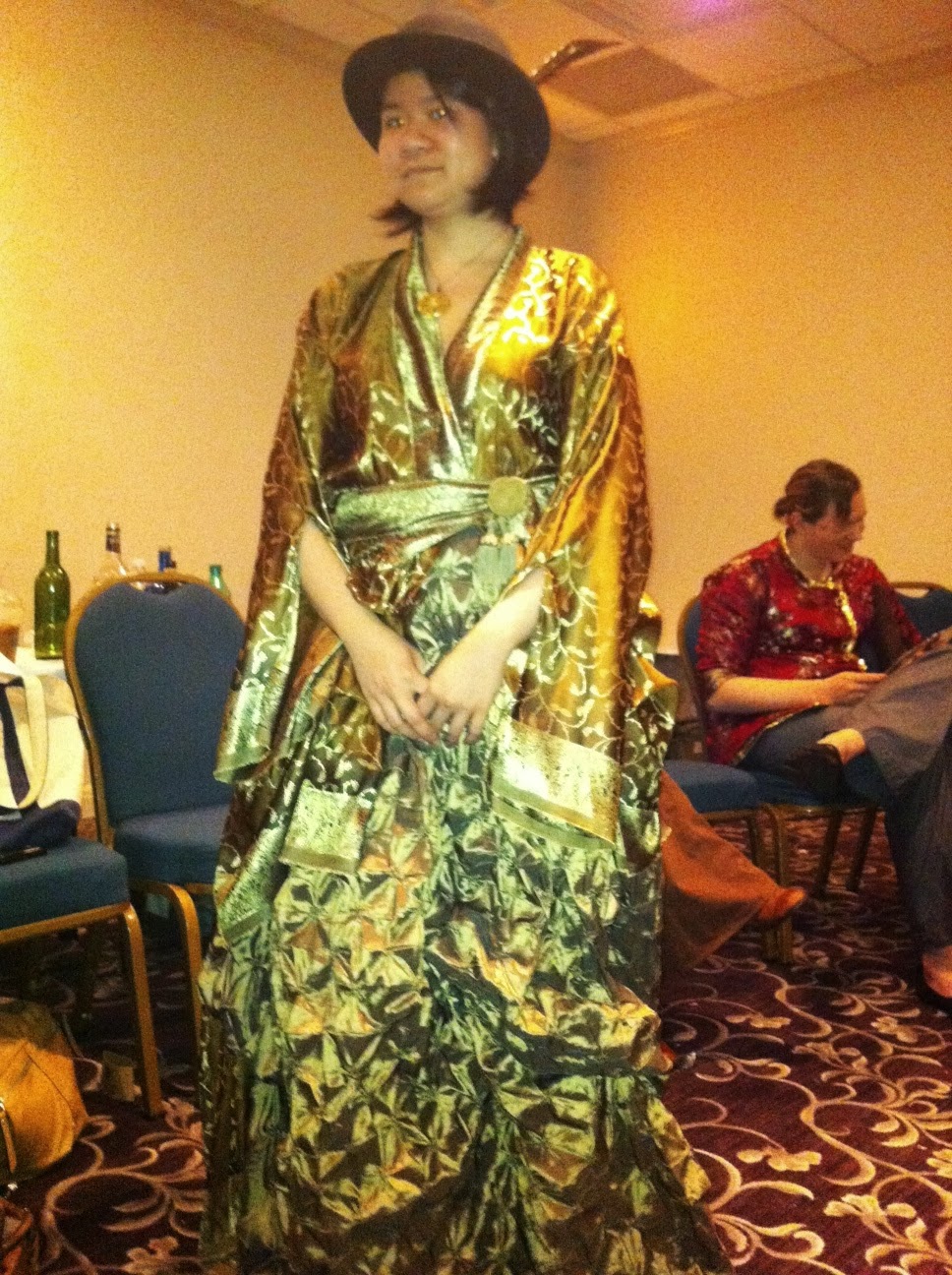 Grades are all turned in, so I can finally blog about books! 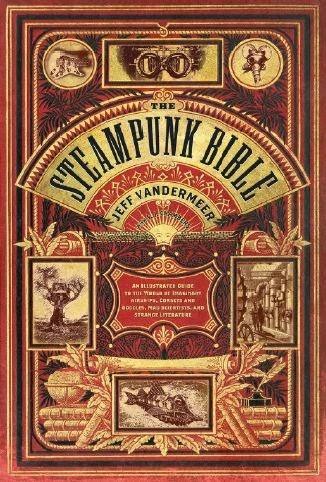 The long awaited Steampunk Bible is here! I got my copy, and it is lovely. I won't lie -- I was pleased to be mentioned as well as quoted extensively, so yay. Here's a page on which I'm mentioned along with Cherie Priest: 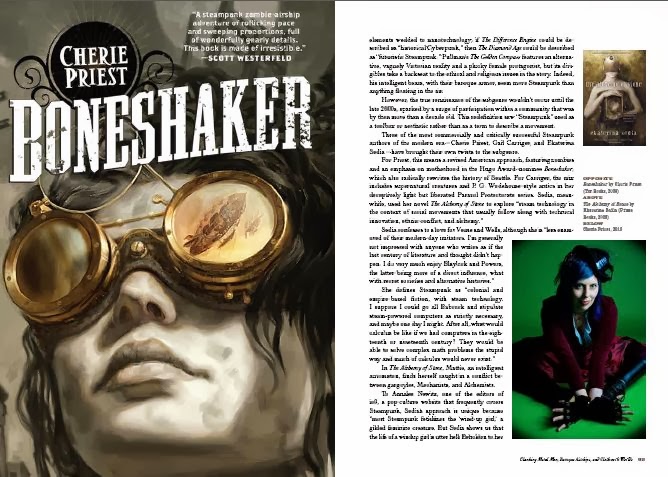 It's a gorgeous, gorgeous book. It was also reviewed here and here. 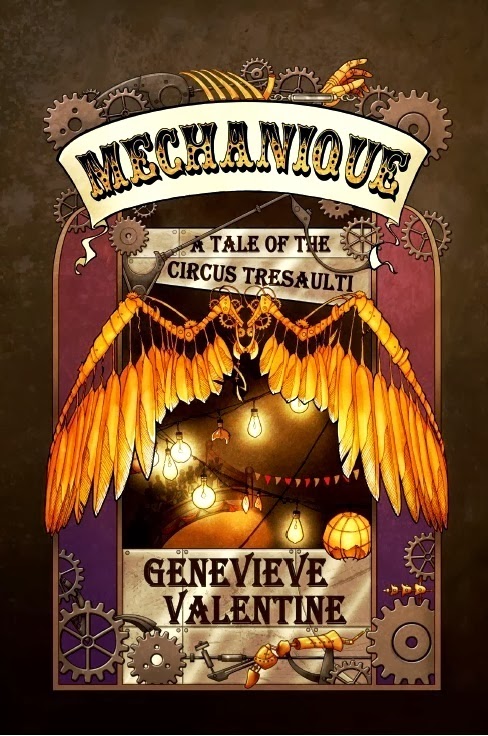 Genevieve Valentine's Mechanique is out. It is a remarkable book: the prose is beautiful yet spare, and the world of the circus is drawn with great detail and psychological precision, showing remarkable insight into how people work (physically as well as psychologically). In contrast, the outside world is barely suggested, and because of this intentional obliqueness it seems vaster, more alive with possibilities -- like a line drawing, in which a tree is suggested by only a few lines, the world of Tresaulti relies on the reader's mind to recognize the fullness of familiar shapes in a mere suggestion. It is a beautiful book, and if you at all like circuses, intense drama, damaged protagonists and mechanical people, I cannot recommend it highly enough. 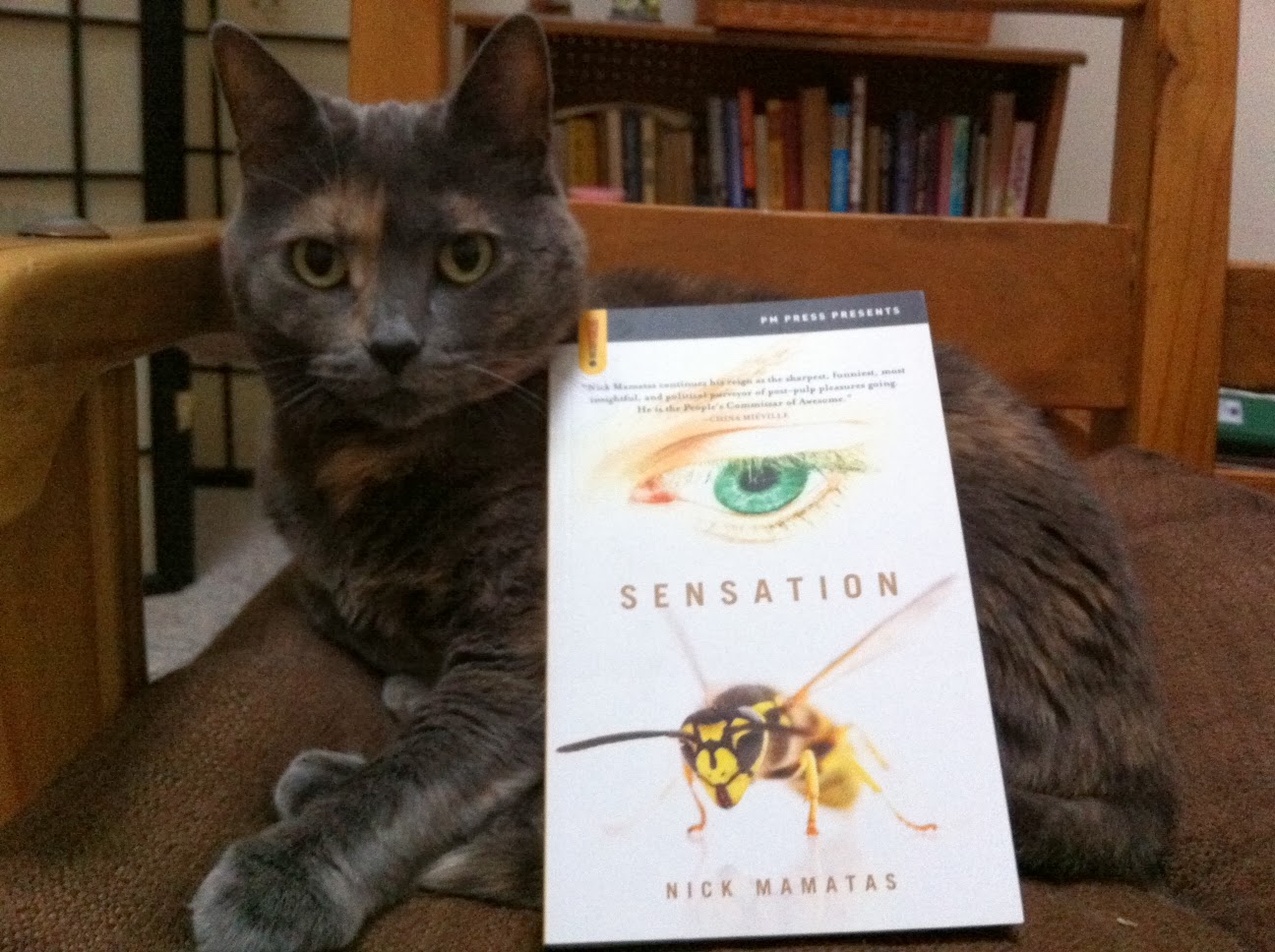 Nick Mamatas' Sensation and Starve Better are out. Both are really good books -- the first is a novel about parasitic control and its role in shaping human history, and the latter is a compilation of actually helpful advice on writing short stories. Both are short, and remarkably refreshing. To get a taste of Nick's brand of advice, check out his Booklife articles on Professionalism, Craft, and Story.

4) Finally, Jeff VanderMeer had a very interesting series of posts on Finnish SF. Two Amazon blog entries are here and here. I'm always thrilled to see some recognition for non-Anglophone SF.
Posted by Fish Monkey at 1:46 PM No comments: