Edith Wharton and the Vogue controversy 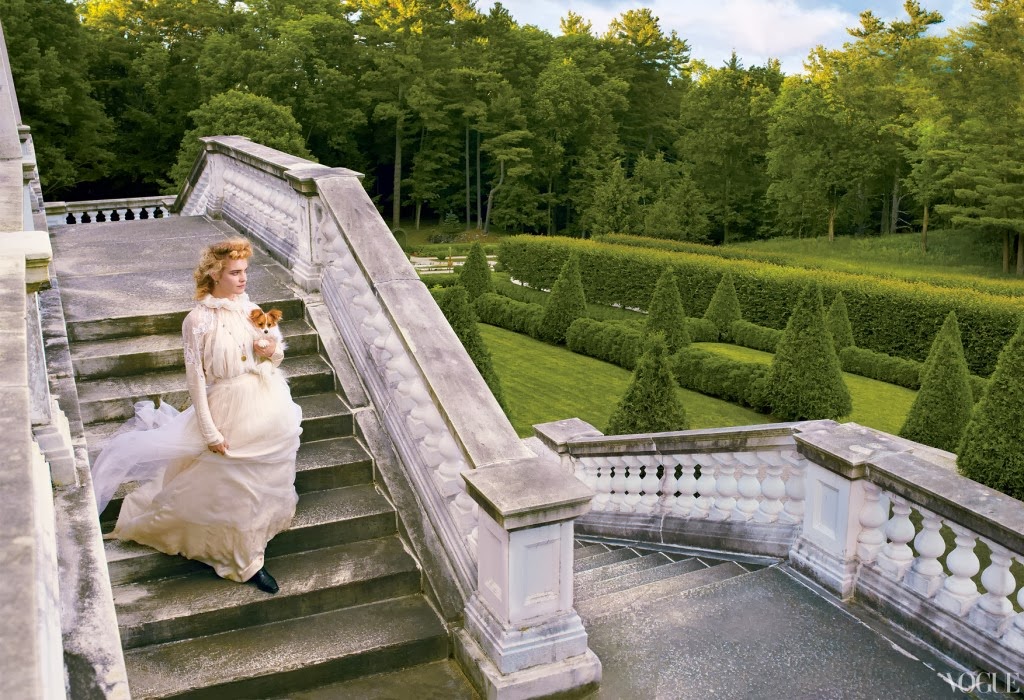 Let's get a few things out of the way: I read Vogue and I am a woman writer. So I actually saw the Edith Wharton editorial before the Slate article, enjoyed it, and was not particularly annoyed to see Vodianova play Wharton. After all, Vogue is a fashion magazine, and the purpose of any photoshoot, no matter how educational or accompanied by fascinating articles, is to showcase clothes. This is what models do! If it was an article on Wharton, I of course would expect it to be illustrated by pictures of Wharton herself, but: fashion editorial. 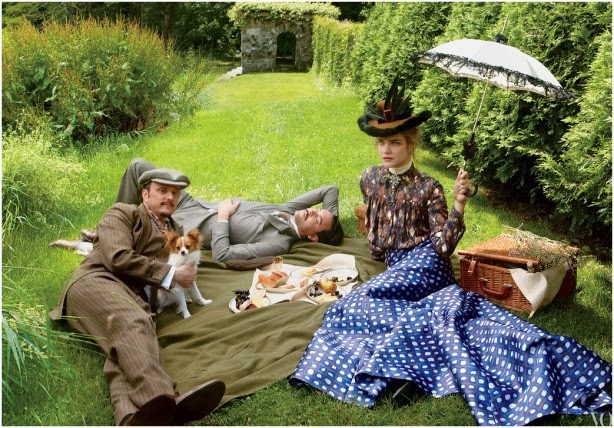 I will agree that a lady writer or two in the background (and male writers were decidedly props, with more emotive parts given to pro actors) would've been nice, but seeing how the article and the editorial focused on Wharton's romantic life I understand. So when I'm usually among the first to cry shenanigans, this editorial (and this issue of Vogue in particular) seems like a piss-poor tree to bark at: after all, it's not like Wharton's inner circle teemed with women. Most of her visitors, friends, and interests were men. Were she not quite such a queen bee, the ire would've been much more justified.

For whatever reason, among many feminists who don't actually read lady mags, there is this persistent image of Vogue as a snobbier version of Cosmo. I am here to tell you though that Vogue almost never prints articles on weight loss (although exercise and weight gain have been featured), sex, getting a man, getting a man to like you, things to do in bed, or flattering dressing. It did however ran the following in the same September issue: a profile of Lady Gaga focusing on the business and creative side of her career, a thoughtful article on Chelsea Clinton and her academic career, an autobiographical article by Lyn Yaeger about her face blindness, a feature on Mickalene Thomas' preparation for her first solo museum show, virtual fitness tools, an article about Somalian model Uban Hassan and her work in Africa, a look at Miuccia Prada's work on Great Gatsby costumes, and many many other great things -- fashion sure, but also politics, art, books, as well as features on Vogue's own editors (mostly women, including Grace Coddington who did the Wharton editorial). Most of those feature women or are written by women or both, including my favorite piece, "The Sense of an Ending" by Ann Patchett, exploring the heartbreaking process of losing a dog.

"I was a childless woman in my late 40s who, despite my enormous love for Rose, had never mistaken her for a baby and did not do so now, when I was pushing her in a stroller. If my neighbors found my behavior to be worthy of discussion, so be it. My dog was happy."

If you can, read the whole thing. It will break your heart and it is beautiful. Most of all though, I dare you to find another popular periodical that represents a greater variety of female viewpoints and experiences, that doesn't shove the patriarchal paradigm at its readers, and that -- most importantly! -- publishes as many prominent women writers and journalists.

So on balance, I feel that sure, if Grace Coddington included a lady writer in one of the Wharton tableaus, that would've been welcome. But given a choice, I'd much rather Vogue continues to publish women rather than make them into eye candy. Call me mercenary, but I'll take a paycheck over a glamour shot any day.
Posted by Fish Monkey at 8:14 PM 2 comments: