OK, so Mila, whose design I liked in the first episode, is really good. Not a coat that I would wear, but well-made and awesomely tailored; Jonathan is better than I initially thought. 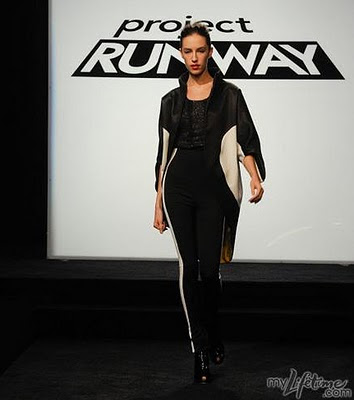 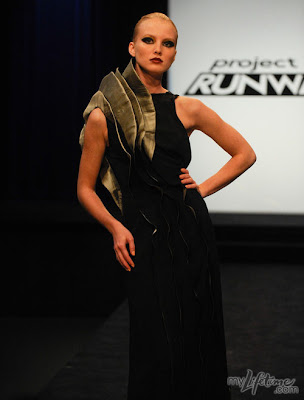 Amy and Jesus' piece was fantastic. I am crediting Amy with the awesome. 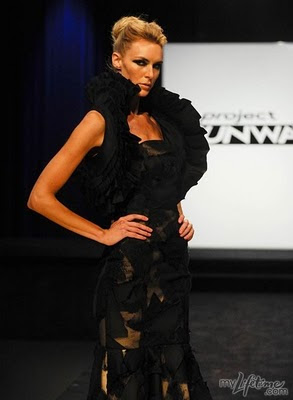 Now, Jesse is a horrible person; I didn't particularly like his designs to begin with, but man, was he mean to Ping! Also, dear people everywhere: punching your own hand forcefully is threatening. Especially when doing it in front of someone as sweet and flighty as Ping. Also, Jesse rewarding the model who threw Ping under the bus and complimenting her for sticking up for him came across as smug and creepy. I hope both Jesse and Megan go home very soon.

Now, I understand why Ping got eliminated, I do: 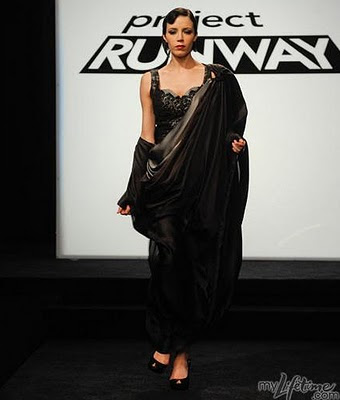 Like Ari and Melvin in the previous season who too were eliminated early. Do they bring on avant-guard designers just to make them the butt of a joke? Sure looks that way. Oh, now I will dream of Project Runway without Heidi and Co and with avant-guard designers only. Say what you will about The Fashion Show, they at least let the talented, non-mainstream kid make it to the finals. Miss you, James-Paul!

Also, the preview for next week showed a designer saying 'this is the biggest challenge ever!' Gee, I wonder if it involves a not-a-model person.
Posted by Fish Monkey at 7:31 PM